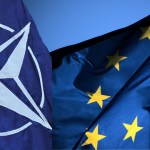 Bilderberg Wields Artificial Intelligence: “A Tool to Massively Amplify Our Ability to Control the World” The underground project to unseat humanity and create a world run by technology has been officially underwritten by the elite.

Around 600 members (pictured) of various European police and military forces have carried out a European Union (EU) funded training exercise, in preparation for major civil unrest and even war.

The exercise took place in North Rhine-Westphalia on the 15th of April, and is part of the EU’s ongoing Lowlands Gendarmerie program.
So-called ‘Gendarmeries’ are a military force charged with police duties among civilian populations, and all seven European countries that maintain such “robust” units are joined together in the European Gendarmerie Force (Eurogendfor).
The European Commission financed three similar joint exercises in Italy, France and Germany back in 2008, Junge Welt reports.
The first series of Lowlands Gendarmerie exercises kicked off in 2014, with Special Forces from Kenya, Cameroon, Rwanda, Uganda and Sudan present. This year, it is reported that gendarmes from Turkey, Tunisia and Cameroon are involved.
The exercises are run by the European Union Police Services Training (EUPST), who’s aim is to, “enhance skills of police officers likely to be deployed in post conflict situation”, as well as, “developing the rapid deployment capability of police in international crisis situations.”


“One language, one common procedure”, goes the EUPST motto.

“FALSE FLAGS” are LEGAL PROPAGANDA PRODUCED by the Department of Defense 12 WAYS TO RECOGNIZE a BBG PRODUCTION

By Anonymous Patriots
Why would the government support false flag events?
This question would go through our minds every time we would see a new false flag event plastered all over the media.  Like many of you, we would think, “It has to be real, otherwise the government and participants would be engaging in treason.” But the narrative and the evidence never seem to match up.  How odd that at Sandy Hook and at San Bernardino there were so many responders from federal agencies and that other drills were already happening on the same day just a mile away.  Coincidence seemed unlikely for one event.  Totally unlikely for two.
FALSE FLAGS” are LEGAL PROPAGANDA PRODUCED by the Department of Defense
Publié par l' ABUSE 0 commentaires

US Police - Army of Zionist Occupation?

What free society would allow its law enforcement to belong to a satanic cult?
Zionism, along with Communism, are Masonic orders.  As Justin Gardner reveals, they are increasingly trained and coordinated by Israel. Your tax dollars may be financing a nascent army of Masonic Jewish occupation. In the future, Americans could be in the same position as Palestinians. Dispossessed.

Why Is There Suddenly Such A Huge Push For "Mark Of The Beast" Technology?

We always knew that it was coming.  All over the world, governments and big corporations are pushing us toward a fundamentally different way of doing things.  They insist that this new way will be more safe, more secure and more efficient.  They are telling us that we should embrace new technology and be open to new ways of buying and selling.

Why Is There Suddenly Such A Huge Push For "Mark Of The Beast" Technology?
Publié par l' ABUSE 0 commentaires Is Your Heart Being Electromagnetically Distorted by Microwave Radiation?

Is Your Heart Being Electromagnetically Distorted by Microwave Radiation?


Your heart produces an electromagnetic field 5000 times as powerful as that produced by your brain.[1] This field projects from your physical body to contribute to the circumvent field or aura. 60–65 % of heart cells are neural cells connected to the central nervous system and brain and concomitant with the amygdala, thalamus, hippocampus and cortex.[2]
One way the heart communicates with the brain and the rest of the body is ‘energetically’. If the electromagnetic energetics of the heart are altered so are the resultant communication signals. In fact, heart transplant recipients often show a different personality post-operation, literally having a ‘change in heart’.
Publié par l' ABUSE 0 commentaires

Medical Errors: STILL the Third Leading Cause of Death

Medical Errors: STILL the Third Leading Cause of Death


History tells us it can take decades before a medical truth becomes accepted as fact, and recent headlines are a perfect example of this.
Sixteen years ago, I read an article in the Journal of the American Medical Association (JAMA) that stunned me. I was shocked. JAMA published it. Although the article did not explicitly state it, the data was very clear.
Publié par l' ABUSE 0 commentaires

Hitler’s Mind Control Experiments and How They Influenced Modern Propaganda 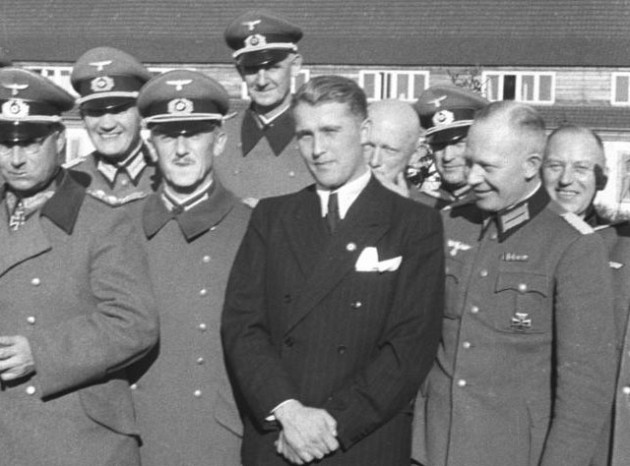 Hitler’s Mind Control Experiments and How They Influenced Modern Propaganda


The CIA’s Secret Agreement with Third Reich Scientists
A new age has dawned on all of us; an age of remarkable technology.  We have the ability to scan the heavens and put humans in space.  We can divide cells at the sub-atomic level and unravel DNA.  We know intimately many of the ways the brain functions; how to shape it, recondition it, influence it, reinforce response mechanisms for a desirable outcome.  This knowledge is immediately recognized and utilized in advertising.  Study of human response, which includes how wide the eyes open in the reception of colors and design, facial expressions when introduced to new concepts in packaging, words that denote positive or negative reactions, is utilized to introduce new products or to stimulate interest in old ones.  It is used by medical and psychiatric hospitals to put patients at ease and by hotels and restaurants to give a pleasurable atmosphere to their customers.  This knowledge is also used by the media for publicizing public figures.  They choose the camera angles, edit the script, package the figure they wish to promote or invalidate.  This knowledge owes much of its groundwork to a team of scientists brought to the United States from Hitler’s Nazi Germany, and protected, while they conducted mental experiments on the US enlisted military force.
Publié par l' ABUSE 0 commentaires