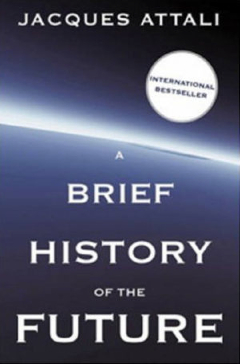 In a book Henry Kissinger called "brilliant and provocative..difficult to dismiss," Jacques Attali confirms that the Illuminati bankers are imposing a hideous "Brave New World" on mankind, one divorced from goodness, truth or reality.


In his futuristic tome, A Brief History of the Future (2006) Illuminati insiderJacques Attali, a Jew, spoke of third-world hordes engulfing the West.
'Ever more numerous masses will hurl themselves at the gates of the West. They already number hundreds of thousands every month; that figure will increase to millions, then tens of millions.'
Publié par l' ABUSE 0 commentaires

Optogenetics: A New Technology To Control The Human Brain. Will People Prevent the Rise of A “New Totality”? 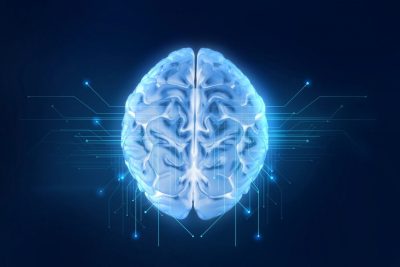 The USA and the European Union invested in the past years billions of dollars and euros in brain research. Perfect maps of the brain were developed thanks to this research, including the areas of the brain that control different body organ activity, and higher brain functions such as where speech and thought are taking place. The information inside of the brain is transfered by frequency and number of nervous impulses. Today it is well known which frequencies correspond to those different activities in the brain. So the brain, just like computers, functions in a digital way. It is now so much easier to understand or control the brain with computers.
Doctor Sarah Lisanby from the National Institute of Mental Health in Maryland can use those brain maps to make different parts of the human body move by the magnetic stimulation of its brain even against his own will (see this). To do this, she is using a magnetic coil which pulsates a magnetic field in a specific frequency, corresponding to the frequency of the activity of neurons in the brain spot, which controls the movements of a specific body part. The magnetic field can produce electric currents in the neurons, responsible for those movements, across the skull.
Optogenetics: A New Technology To Control The Human Brain. Will People Prevent the Rise of A “New Totality”?
Publié par l' ABUSE 0 commentaires

The term Manchurian Candidate derives from a 1959 novel by Richard Condon titled "The Manchurian Candidate." Condon portrays a platoon of American soldiers during the Korean War who are sent to Manchuria (Northeast China), where they captured, brainwashed, and given alter personalities programmed to assassinate key individuals and overthrow the US government.
As a result, the term Manchurian Candidate now signifies a person who has had their personality split into "alters" which commit murder or other acts without conscious knowledge of what they've done.
The CIA has declassified over 18,000 pages of documents on extensive mind control programs carried out since the early 1950s. These documents prove that the government developed a Manchurian Candidate program which was quite real.Through the Freedom of Information Act, you can order these documents in the form of three CDs directly from the US government for only $10. You can also find extensive excerpts on the creation of Manchurian Candidates from the most revealing of these documents with links for verification on this webpage.
https://www.WantToKnow.info/manchuriancandidate
Publié par l' ABUSE 0 commentaires