The intertwined history of the Illuminati, Freemasons, Rosicrucians and Jesuits

Reviewing the historical context, some say the Illuminati and the Jesuits were one and the same. Others say they were opponents, each with their own plan to dominate the world...

U.S. Police are Being Trained by Israel—And Communities of Color Are Paying the Price

U.S. Police are Being Trained by Israel—And Communities of Color Are Paying the Price: In recent years, Georgia has experienced troubling trends in fatal police shootings. As this has unfolded, the state continues to pursue a “police exchange” program with the state of Israel...
Publié par l' ABUSE 0 commentaires 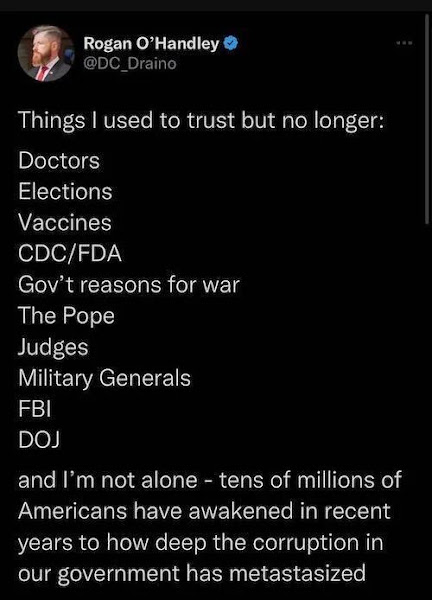 The Argument that Fukushima Was Sabotaged

The Argument that Fukushima Was Sabotaged: (Jeff Rense refused to link to this article. He thinks it is a psy-op to absolve the nuclear industry of blame for Fukushima. Fine. But when I posted it anyway so people could decide for themselves, he announced he would no longer link to my site. You will no longer
Publié par l' ABUSE 0 commentaires

False Flags Are US Missiles Redirected on American Cities

The insect craze is gaining steam in the EU. Any food may now contain insect protein as long as it is labeled as such, e.g., “insect biscuits” or “insect paste”. Technocrats partly reason that insects take fewer resources to grow than other forms of agriculture like row crops and animal husbandry. Technocracy, of course, is a resource based economic system that prizes efficiency. ⁃ TN Editor
EU Approves House Crickets And Mealworms For Human Consumption
Publié par l' ABUSE 0 commentaires

MK-ULTRA used psychoactive drugs, electroshock, sensory deprivation, and other torture modalities to turn the unwitting test subject’s psyche into mush and reconstitute it into a malleable control panel. Rather than creating the perfect Manchurian Candidate, the CIA program only managed to produce psychologically wrecked headcases. MK-ULTRA officially lasted from 1953 to 1973. Instead of shelving this crime against humanity, the US Empire retooled it for mass consumption. MK-ULTRA never ended. It just went mainstream.

In the Middle Ages, the Catholic Church convinced the commoners to buy indulgences to alleviate their sins. And they made a fortune in the process.
Similarly, today, our overlords—the mainstream media, central bankers, and their political allies—are working overtime to convince the commoners to pay for their alleged climate sins....
Carbon Credit Scam: Pay Indulgences For Sin Of Breathing
Publié par l' ABUSE 0 commentaires